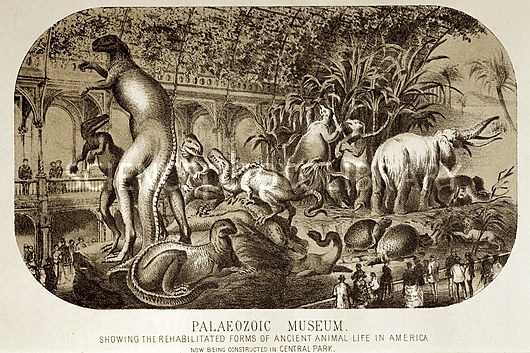 Tabuce, R., Asher, R. J., & Lehmann, T. (2008). Afrotherian mammals: a review of current data. [dodałem liczby] pisze:Among extant taxa, [1] testicondy (i.e., the retention of testes in the abdominal cavity, just caudal to the kidneys)
(Werdelin and Nilsonne 1999) has been viewed as an
afrotherian synapomorphy. In addition, the [2] occurrence of
a long, tactile snout was informally regarded as another
potential afrotherian character by Hedges (2001). Indeed,
a ‘‘mobile proboscis’’ has also been viewed as a likely
unifying feature of the competing hypothesis of ‘‘Lipotyphla’’, including tenrecs and golden moles with other
‘‘insectivorans’’, such as hedgehogs and shrews (Butler
1988). Closer anatomical investigation shows that
‘‘mobile proboscis’’ is not a robust synapomorphy for
Afrotheria (Whidden 2002). Mess and Carter (2006) identified two potential afrotherian traits in a novel examination of placentation characters. Such features are
intriguing, but cannot be observed in fossils. Cox (2006)
noted also that characters of the orbital region (or eye
socket) do not seem to favor the afrotherian clade. More
recently, Sa´ nchez-Villagra et al. (2007) (see also Narita
and Kuratani 2005) proposed a [3] high number of thoracolumbar vertebrae in Afrotheria as the first unambiguous
skeletal synapomorphy of the clade. This trait shows
some homoplasy, as perissodactyls, primates and xenarthrans also deviate from what appears to be a conserved
formula across therian mammals. However, variable vertebral number may prove to be a fruitful source of further
study to investigate the morphological integrity of Afrotheria. Finally, [4] osteological features of the ankle (Seiffert
2007, Tabuce et al. 2007) as well as a [5] peculiar pattern of
dental eruption (Asher and Lehmann, Submitted) appear
also to morphologically unite the otherwise disparate
members of the afrotherian clade.

Późniejsze o 5 lat badanie:
[quote="O'leary, Maureen A., et al. "The placental mammal ancestor and the post–K-Pg radiation of placentals." Science 339.6120 (2013): 662-667."]Afrotheria is supported by 495 synapomorphies, 47 of which are from all four
phenomic partitions but primarily from the cranial and dental partitions (Appendix S2).
They include: absence of a piriform fenestra of the petrosal (character 564), presence of
a marked excavation for the fossa of the tensor tympani muscle in the tegmen tympani
(character 671), absence of a sagittal crest [character 972—Leptictis has parallel
temporal crests but a single sagittal crest is present in certain Paleocene and Eocene
leptictids (33)], presence of a supraoccipital external occipital crest (character 1054),
absence of a dorsum sellae (character 1092—but present in Leptictis and Procavia),
presence of a metaconid on p4 (character 1535), presence of a hypocone on M3
(character 2603), adult jaw length reached despite lack of presence of 50-100% of
permanent teeth at this developmental stage (character 2633, except in Leptictis and
not determinable in other fossil afrotherian taxa), tail 55% of body length or less
(character 2885, except in Leptictis), pisiform as one of the largest carpals (character
3169), an astragalus with a lateral border much higher than the medial border
(character 3447), and absence of a hallical foot pad (character 4017).
In a study that combined phenomic and molecular data and included 35 extinct
species of putative afrotherians (71), 20 phenomic characters were cited supporting
afrotherian monophyly under several different optimization options and search
parameters[/quote] 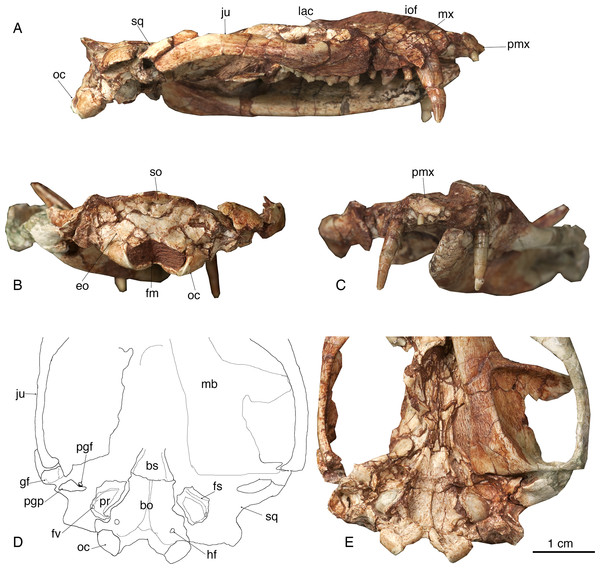 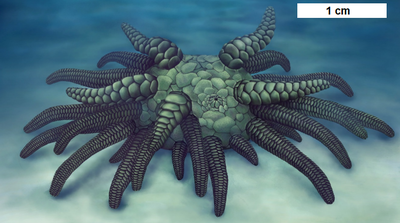 There is a conspicuous morphological gap between the body plans of extant echinoids and holothurians, and although there are extinct fossil forms that could fill this gap, their phylogenetic positions are uncertain [6–8]. As a result, the pattern of evolution of echinoid and holothurian body plans and the nature of their most recent common ancestor remain unclear.
Here we describe a new species of Silurian echinozoan, Sollasina cthulhu, from the Wenlock Series (~430 Ma) Herefordshire Lagerstätte of the UK [9,10]. Sollasina belongs to the extinct Ophiocistioidea, an echinozoan group characterized by a complex jaw apparatus, long plated tube feet and a body-wall skeleton either composed entirely of large plates or mostly reduced to small spicules [11–13]. Thus, ophiocistioids combine characteristics of echinoids (e.g. complex jaw apparatus) and holothurians (e.g. body-wall skeleton mostly reduced to small spicules), and can potentially inform reconstructions of character evolution in these groups.
An exceptionally well-preserved fossil specimen was studied using physical-optical tomography (sensu [14]) and computer reconstruction, revealing internal soft tissues in an ophiocistioid for the first time. Our detailed morphological description informed phylogenetic analyses which strongly support the placement of ophiocistioids as stem holothurians. This has important implications for the evolutionary assembly of the holothurian body plan.