Science Daily — Giant prehistoric penguins? In Peru? It sounds more like something out of Hollywood than science, but a researcher from North Carolina State University along with U.S., Peruvian and Argentine collaborators has shown that two heretofore undiscovered penguin species reached equatorial regions tens of millions of years earlier than expected and during a period when the earth was much warmer than it is now.

Reconstructions of the first Paleogene penguins from equatorial regions, illustrating morphological diversity and size range in present the new early penguin faunas.The late Eocene giant penguin Icadyptes salasi(right) and the middle Eocene Perudyptes devriesi(left) are shown to scale with the only extant penguin inhabiting Peru,Spheniscushumbolti (center).Icadyptes salasi is the first giant penguin known from a complete skull and had an estimated standing height of 1.5m.Perudyptes devriesi is known from one of the most complete skeletons of a more basal part of the penguin lineage. Together these new finds are revolutionizing our understanding of biogeography and timing of diversification in the penguin lineage. (Credit: Art by Kristin Lamm)

The first of the new species, Icadyptes salasi, stood 5 feet tall and lived about 36 million years ago. The second new species, Perudyptes devriesi, lived about 42 million years ago, was approximately the same size as a living King Penguin (2 ½ to 3 feet tall) and represents a very early part of penguin evolutionary history. Both of these species lived on the southern coast of Peru.

These new penguin fossils are among the most complete yet recovered and call into question hypotheses about the timing and pattern of penguin evolution and expansion. Previous theories held that penguins probably evolved in high latitudes (Antarctica and New Zealand) and then moved into lower latitudes that are closer to the equator about 10 million years ago -- long after significant global cooling that occurred about 34 million years ago.

"We tend to think of penguins as being cold-adapted species," Clarke says, "even the small penguins in equatorial regions today, but the new fossils date back to one of the warmest periods in the last 65 million years of Earth's history. The evidence indicates that penguins reached low latitude regions more than 30 million years prior to our previous estimates."

The new species are the first fossils to indicate a significant and diverse presence of penguins in equatorial areas during a period that predates one of the most important climatic shifts in Earth's history, the transition from extremely warm temperatures in the Paleocene and Eocene Epochs to the development of "icehouse" Earth conditions and permanent polar icecaps. Not only did penguins reach low latitudes during this warmer interval, but they thrived: more species are known from the new Peruvian localities than inhabit those regions today.

By comparing the pattern of evolutionary relationships with the geographic distribution of other fossil penguins, Clarke and colleagues estimate that the two Peruvian species are the product of two separate dispersal events. The ancestors of Perudyptes appear to have inhabited Antarctica, while those of Icadyptes may have originated near New Zealand.

The new penguin specimens are among the most complete yet discovered that show us what early penguins looked like. Both new species had long narrow pointed beaks -- now believed to be an ancestral beak shape for all penguins. Perudyptes devriesi has a slightly longer beak than seen in some living penguins but the giant Icadyptes salasi exhibits a grossly elongated beak with features not known in any extinct or living species. This species' beak is sharply pointed, almost spear-like in appearance, and its neck is robustly built with strong muscle attachment sites. Icadyptes salasi is among the largest species of penguin yet described.

Although these fossils seem to contradict some of what we think we know about the relationship between penguins and climate, Clarke cautions against assuming that just because prehistoric penguins may not have been cold-adapted, living penguins won't be negatively affected by climate change.

"These Peruvian species are early branches off the penguin family tree, that are comparatively distant cousins of living penguins," Clarke says. "In addition, current global warming is occurring on a significantly shorter timescale. The data from these new fossil species cannot be used to argue that warming wouldn't negatively impact living penguins." 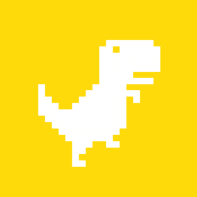 I Love Migration in Kenya and Tanzania